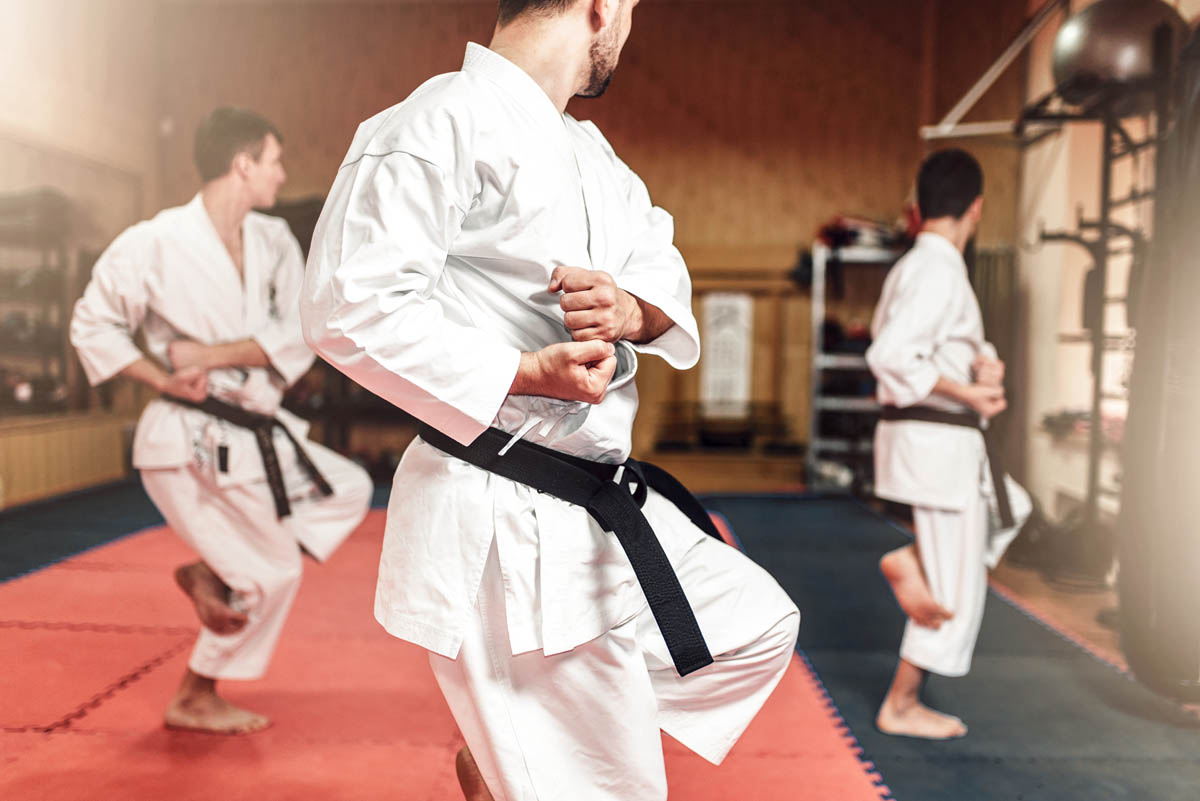 A few musings about Martial Arts and the Law, Part 1

I write this blog just a week before a major trial. But it will be a physical trial, not a legal one and it will be held in a dojo, not a courtroom. Also, I will be the one on trial.

When I return to you in two weeks, I fully expect to be wearing a patchwork of bruises all over my body, and perhaps a black belt around my waist.

In the meantime, in my next two blogs, I'll present a few musings on my experiences in the Martial Arts.  I'll describe how the practice of karate has helped me immensely in my legal studies and now as a practicing lawyer.

It’s more of a philosophical take on how the two disciplines often mesh and why I needed to take on both of them at the same time.

In 2003, I took up the Martial Arts of Kyokushin Karate at essentially the same time I decided to go to law school.

I took up karate a bit late in life, in the same way that I went to law school a bit later than most, that is to say in my early thirties. But the fact that I began both at the same time was by no means an accident, and I’m glad I did so. Both have much in common. Karate actually helped me in preparing for a law degree and for a career as a lawyer.

It’s important for me to mention that I spent most of my 20s as an activist in the environmental and social justice movements after having grown up in the sporting milieu as a hockey athlete.

Having played at an elite level in hockey in my teens, I was exposed to the rigours of that sport and to the discipline imposed on players in a team environment. This was and still is a mostly non-questioning, hierarchical system. And, for the most part, I fit in rather well. I respected my coaches, I worked hard and I took the game very seriously.

But there was also a side of me that resisted authority, that wanted to unleash creativity and that needed to question. Indeed, by my late teens, I started questioning much of the mentality that went hand in hand with organized sport and all its trappings. So, just as I turned 20, I did a 180 degree shift by leaving the game and eventually joining rebels, artists and environmentalists.

I immersed myself in philosophical thought, studied social structures, and basically tried to find answers to major problems and existential questions with an enthusiasm and idealism typical of youth. Like many young North Americans, I also became enthralled with Eastern Religions such as Zen Buddhism, and I dedicated a lot of thought to it.

But living in an ideal state is impossible and the attempt to do so is ultimately unsatisfying.  I also soon discovered the limits of my own new social environment. The emphasis was more on thought than on action, and I was still mostly about the latter.

In fact, although I had left the structures and rigours of the sporting milieu, I still took my work as an environmentalist very seriously, especially when organizing campaigns. I did so to the point of often feeling like a square peg amongst my new friends.

Having said that, I knew that this all-questioning, rebel lifestyle still had many virtues and it was the place I wanted to be.

But, as you can probably imagine, such an attitude or approach to social problems does not necessarily cadre well with the legal profession.

If I had any doubt about it, it was answered when I first entered law school in 1994.

Unfortunately for me, I approached my legal studies with the same critical eye that I used in assessing our environmental and social problems, that is to say very critically. A word to the wise: when in law school, act as a sponge, not as a rock.

Not surprisingly, the law school experience soured very quickly and I was gone faster than I had entered.

So, I continued living amongst my more laid back friends, basking in creative thinking and taking time to experience the full range of experiences that that lifestyle had to offer. Probably the most rewarding of those experiences was backpacking in many regions of the world.

But by the end of the 90s, I felt I had more to do. I had explored many philosophies and theories, but I hadn’t quite reached the balance I was seeking in life.

I came to the realization that I missed physical exertion and discipline. It was time to quite literally move again.

All of a sudden, two callings came to me, and they made perfect sense.  In 2003, I enrolled in law school once again and I joined a karate organization in Moncton.