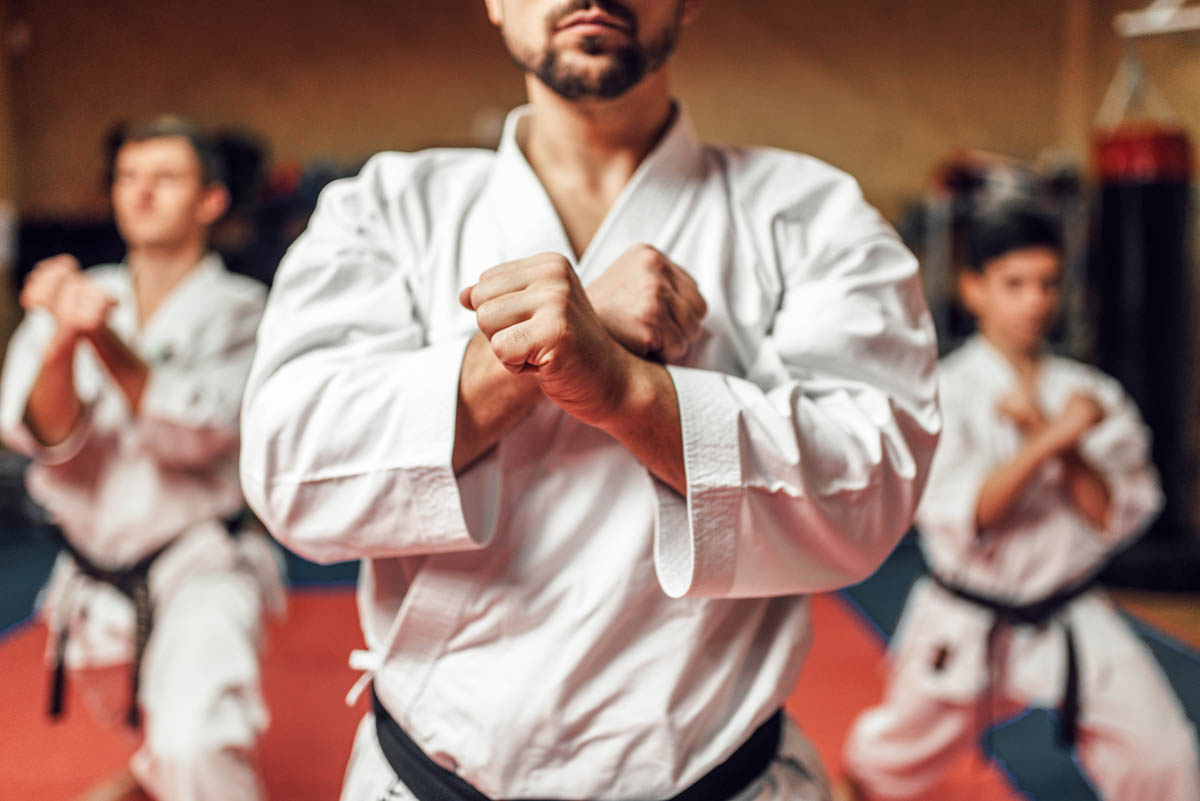 A few musings about Martial Arts and the Law, Part 2

This week, I continue my reflection on the similarities between the Law and Martial Arts. It’s a sort of meditation that allows me to stay focused on both as I prepare for my black belt test this Sunday.

Part 2: Learning the art of combat

As I discussed last week, I discovered on a hunch that the discipline of Karate could go hand in hand with my legal studies. Today, as a practicing lawyer, the compatibility of the two seems even clearer.

The major similarity is that both are essentially forms of combat disguised in rituals and rules.

First, there can be no doubt that the practice of the law is of an adversarial nature. In fact, we recognize it as such. The English Common Law tradition is literally called an “adversarial system”.

In the Common Law, the lawyers of both parties face off against each other in front of a judge in a winner take all battle featuring aggressive legal tactics and strategies.

That said, it is expected that respect will reign. To facilitate this, court proceedings are highly ritualized and the rules of evidence are very strict. The many rules and traditions are meant to elevate the discourse and the behaviour of the opposing parties. For example, in Canada, lawyers must wear robes, bow to the judge and precede remarks to the judge and opposing lawyers with “Your Honour” and “My Friend”.

Similarly, Karate is combat. Although often referred to as the art of self defence, fighting is at the core of Karate. Karate competitions are also winner take all events.

Like the Law, Karate is very structured. There are great rituals and there is much decorum. For example, the dojo is a sacred place where one must bow when entering and leaving. Karateka (Karate men and women) must respect their masters and elders by bowing, and they are not to speak unless spoken to. Karateka wear karategis (Karate uniforms), address their masters as “Sensei” and answer questions with “Osu” (“Thank you”).

The budo karate I practice constantly places me in one-on-one battles with my fellow karateka. We learn to kick and punch with full intensity. But at the same time, we remain respectful and once the combat is over, we shake hands. With that kind of intense activity in the dojo, it becomes possible to approach the courtroom battle in the same way, minus the punching and kicking. That in itself has helped me immensely.

Another important similarity between both practices is the fact that rich philosophical and religious tapestries underlie both of them.

The Common Law is firmly rooted in Western thought, culture and beliefs. The influences of Christianity and Greek thought are most apparent. Essentially, the law is meant to be rational, and based on fairness and justice.

Karate, on the other hand, comes from a long tradition of Eastern thought and culture. The very structured, disciplined and hierarchical nature of Karate is reflective of Japanese culture, where Karate originated in the times of the Samurai. One of the great religious influences in all Martial Arts is Zen Buddhism. The principle teachings of Zen Buddhism revolve around compassion and detachment from the material world and from one's ego.

Interestingly, the teaching methods in the fields of the Law and Karate are also quite similar and they are based on beliefs quite indicative of the particular civilizations from which they emerged.

I have always been fascinated and often aggravated by both the techniques of law professors and Karate instructors. On top of maintaining hierarchical power structures, the techniques are similar in the way they attempt to teach students by actually withholding information from them. Let me explain.

In law school, students are called upon individually not only to give the facts of a case but also to suggest how to resolve the problem. Since the work load in law school is extremely demanding, there is always a chance that the meaning of a particular case escapes you. Many a law student, myself included, has been terrified by the prospect of having his or her name called in such a situation.

Similarly, Karate teachers are well-known for their training rituals which include exhausting workouts and repetition. Students are often put on the spot by their Sensei and asked to explain the purpose of a particular movement or to demonstrate that movement.

For Karate teachers, the philosophical influence comes from Zen masters, who are famous for their quips and impossible analogies that seem to make absolutely no sense.

For example, there is the story of a proud American university professor who visited a Zen master to learn about the Martial Arts. After having listened to the professor rant about his own accomplishments in Karate, the Zen master interrupted the professor to invite him for tea. As both sat for tea, the professor continued his rant. The Zen master then poured his visitor’s cup full and then kept pouring. The professor watched the cup overflow until it ran off the table and onto his lap. He got up in anger and told the master to stop. The Zen master replied: “How can I show you Zen unless you first empty your cup?”

It is said in both Karate and legal circles that there are good reasons underlying these methods. And, that is quite possibly true. The problem is, no one seems to agree on what those reasons are. Is it to weed out the weak or to teach wisdom?

After 7 years of practicing both, I have come to my own conclusions, and I’ll share them with you next week.