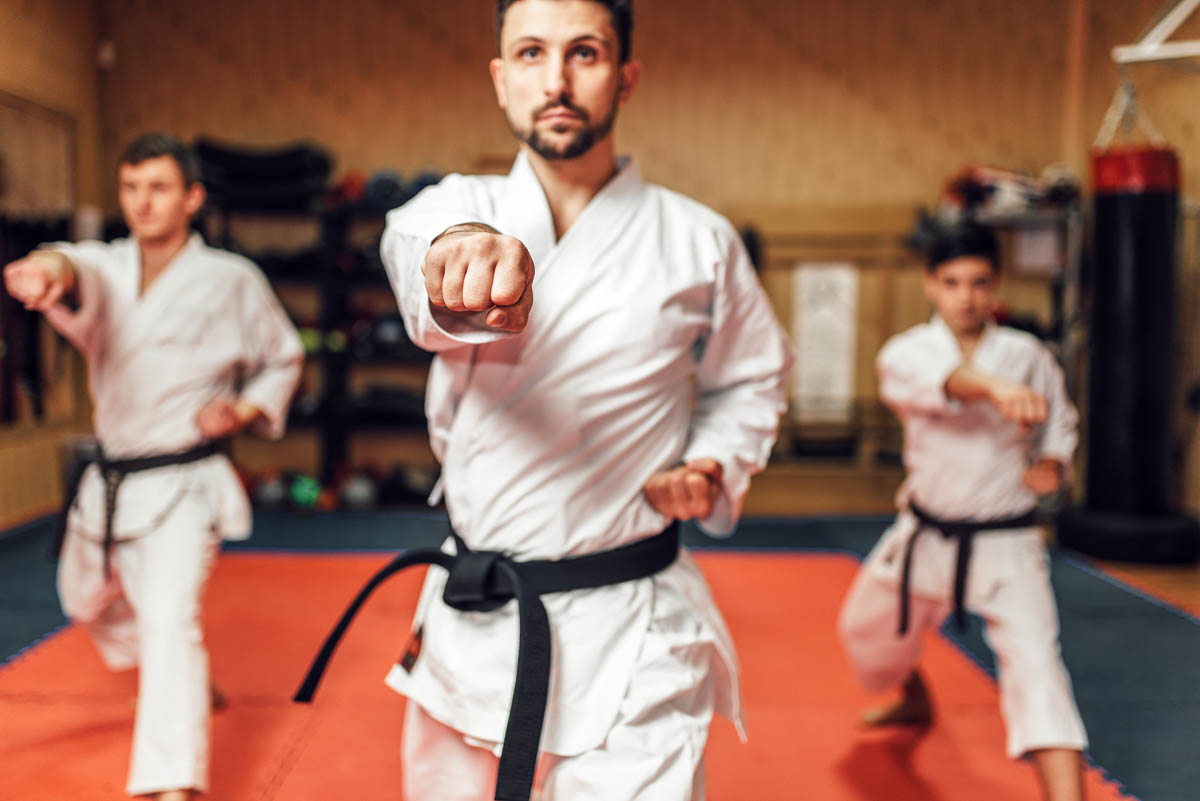 A few musings about Martial Arts and the Law, Part 3

I left things last week stating that in both legal theory and Zen philosophy there is often no definitive answer to a specific question. We are left essentially with uncertainty. This is reflected in the teaching methods of both law professors and Martial Arts teachers.

For example, in law school, it often happens that no matter how a student answers a question, the professor will simply say “wrong” or “not sufficient”.

Similarly, in Karate, a teacher will sometimes ask what the purpose of a move is. Regardless of the student’s answer, the Sensei will explain that it serves a different purpose.

This can be frustrating and has been for me on many occasions but I’ve also come to realize that there are valid reasons for being put in such impossible situations. There may also be a deeper meaning to the teaching methods.

Now, granted, many times students are placed in these situations for very simple reasons. The Sensei may simply be checking on the student's progress. The law professor may merely be interested in finding out who did their homework. If so, then the lesson is a simple one: come prepared.

But at a deeper level, the question may be asked to elicit reflection not only on the specific matter being discussed but also about the essence of the discipline itself.

It may be meant to unbalance the student, to make him or her appreciate the complexity and the ever changing nature of that discipline.

For example, in the law, courts adapt to various scenarios such as the specific facts of a case or changing societal values. Legal theories and rules also change, while judges disagree and overturn decisions. A law student must be brought to understand this.

In Karate, when put on the spot, a student is forced to deal with various emotions. It is hoped that the student comes to realize that when dealing with an impossible situation the only solution is complete serenity and poise.

Thus, there appears to be a certain wisdom and logic to the teachings afterall.

Now, having said this, the Martial Arts and the Law are human endeavours with human beings as their leaders. Certainly there are lessons to be learned, there is knowledge to be gained and there are ideals worth trying to attain. But the people running these institutions must not be seen as infallible and all wise.

Indeed, although Martial Arts has been evolving in Asia for thousands of years, since its arrival in North America about one hundred years ago it has been adapting and has been affected - some will say infected- by our Western culture. North American society being more competitive and driven by financial gain, the Martial Arts community has become more competitive and financially driven. Also, many teachers are much more focused on the physical or technical elements of the art and, as a result, more profound spiritual experiences are hard to come by.

The Law is the same. No one needs to be convinced of the unsavoury nature of the legal profession today. Lawyers’ reputations are amongst the worst of all professions and the general public has a poor impression of the legal system as a whole. Also, the proceedings in courtrooms are quite often far from collegial. As for law schools, professors have been known to pick on students or engage in favouritism.

Although it has been a bit deflating to come to understand the limits of Karate and the legal profession, I have not abandoned the search for the purity or the ideals underlying these disciplines. To the contrary, dealing with these imperfections and contradictions has actually brought me to another important realization: it is up to each of us to internalise our experiences and bring our own contributions for the advancement of these ideals.

Indeed, in their purest, symbolic forms, the Law and the Martial Arts stand for important values and ideals that are worth promulgating.

Martial Arts teach that life is about overcoming adversity.  We are to do so by respecting ourselves and others. We are to live with intensity and vigour while at the same time maintain our compassion for others. Other ideals are found in the Yin Yang symbol, which is omnipresent. It evokes a fundamental archetype that reminds us that life is about contradictions and about striving for balance. Balance is to be struck between mind and body, thought and action, detachment and duty.

Similarly, the law uses a powerful symbol, the scales of justice. It too speaks to the need for balance. The main message being that, as a society, we must treat individuals with fairness and we have the obligation to bring about justice.

We need to be constantly reminded of these core values, however difficult they may be to apply in our daily lives. We must also work to make these values evermore present in our society.

Of course, as a society, we have yet to attain these goals and it may seem impossible to ever do so. But that is not the point. Again, the wisdom of the Martial Arts helps to guide us. It teaches that it is not the attainment of perfection that is the goal. Rather it is the striving for balance, our constant and intense striving for it.

As I complete this three part series on the compatibility of the Martial Arts and the Law, I wish to thank those who guided me in obtaining my black belt last weekend, especially Shihan Guy Salter. Just like it takes a whole community to raise a child, it takes an entire Karate school to develop a karateka. I wear my bruises like a badge of honour. Osu. 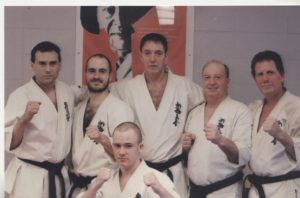