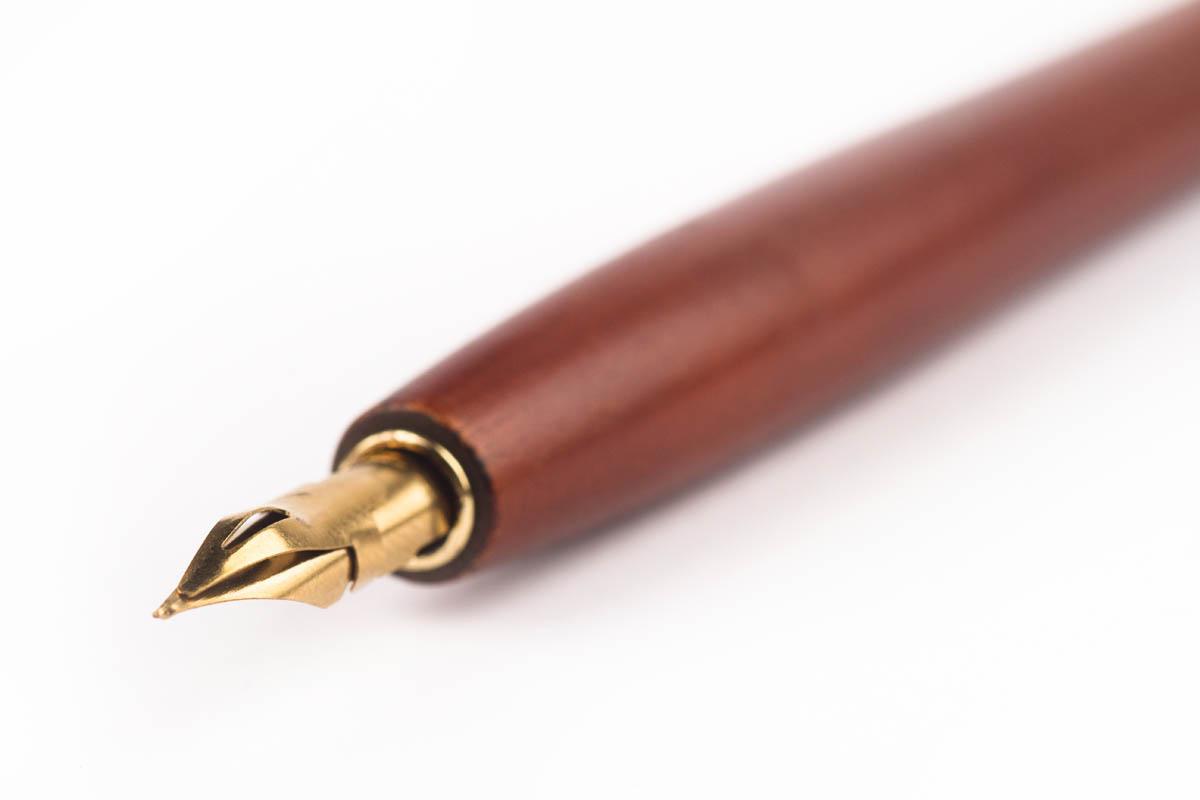 On the occasion of the launch of the Sochi Winter Olympics, Google placed on its home page a reminder of the moral underpinnings of the modern games as outlined in the International Olympic Committee’s Olympic Charter. It reads:

"The practice of sport is a human right. Every individual must have the possibility of practicing sport, without discrimination of any kind and in the Olympic spirit, which requires mutual understanding with a spirit of friendship, solidarity and fair play."

It is a well stated purpose and a high ideal that inserts itself well in the worldwide movement seeking to recognize and enshrine rights to the effect that all human beings must be treated with dignity and allowed to aspire and attain personal well being in an open and progressive society.

Practicing sport may seem a trivial matter to some and we may even see in the most recent Olympics a corruption of the spirit of its Charter because of the scandals that inevitably manifest themselves from time to time and because of the apparent opportunism of corporations and oppressive governments who celebrate “their” athletes to the tune of millions of dollars in profits and propaganda. But I have no doubt that the Olympics can be and usually is a force for good. It’s up to citizens of the world to hold the IOC up to its fundamental standards as expressed in its Charter.

We tend to forget that most governments and international institutions also have charters that express fundamental rights and obligations for all its members. These charters or declarations also set out procedures to address violations of these rights and obligations. Be it the U.S. Bill of Rights, the Canadian Charter of Rights and Freedoms or the United Nations Universal Declaration of Human Rights, human rights declarations are meant to be the fundamental underpinnings of all aspects of the public and private lives of citizens, corporations and governments. They are modern expressions of sacred rights but they also have legal implications which need to be understood and appreciated by all.

So, if you haven’t had the time to appreciate this perspective, I offer you excerpts from some of the most important human rights declarations. First, the United Nations Universal Declaration of Human Rights. Second, the Canadian Charter of Rights and Freedoms. Third, the U.S. Bill of Rights. All three are products of the past millennium. The 21st Century begs us to broaden and specify those fundamental human rights by including such things as a right to a healthy environment.

Preamble
Whereas recognition of the inherent dignity and of the equal and inalienable rights of all members of the human family is the foundation of freedom, justice and peace in the world,

Whereas disregard and contempt for human rights have resulted in barbarous acts which have outraged the conscience of mankind, and the advent of a world in which human beings shall enjoy freedom of speech and belief and freedom from fear and want has been proclaimed as the highest aspiration of the common people,

Whereas it is essential, if man is not to be compelled to have recourse, as a last resort, to rebellion against tyranny and oppression, that human rights should be protected by the rule of law,

Whereas it is essential to promote the development of friendly relations between nations,

Whereas the peoples of the United Nations have in the Charter reaffirmed their faith in fundamental human rights, in the dignity and worth of the human person and in the equal rights of men and women and have determined to promote social progress and better standards of life in larger freedom,

Whereas Member States have pledged themselves to achieve, in co-operation with the United Nations, the promotion of universal respect for and observance of human rights and fundamental freedoms,

Whereas a common understanding of these rights and freedoms is of the greatest importance for the full realization of this pledge,

Now, Therefore THE GENERAL ASSEMBLY proclaims THIS UNIVERSAL DECLARATION OF HUMAN RIGHTS as a common standard of achievement for all peoples and all nations, to the end that every individual and every organ of society, keeping this Declaration constantly in mind, shall strive by teaching and education to promote respect for these rights and freedoms and by progressive measures, national and international, to secure their universal and effective recognition and observance, both among the peoples of Member States themselves and among the peoples of territories under their jurisdiction.

CANADIAN CHARTER OF RIGHTS AND FREEDOMS
Whereas Canada is founded upon principles that recognize the supremacy of God and the rule of law:
Guarantee of Rights and Freedoms
1. The Canadian Charter of Rights and Freedoms guarantees the rights and freedoms set out in it subject only to such reasonable limits prescribed by law as can be demonstrably justified in a free and democratic society.
Fundamental Freedoms
2. Everyone has the following fundamental freedoms:
(a) freedom of conscience and religion;
(b) freedom of thought, belief, opinion and expression, including freedom of the press and other media of communication;
(c) freedom of peaceful assembly; and
(d) freedom of association.
Democratic Rights
3. Every citizen of Canada has the right to vote in an election of members of the House of Commons or of a legislative assembly and to be qualified for membership therein.
(1) No House of Commons and no legislative assembly shall continue for longer than five years from the date fixed for the return of the writs at a general election of its members.
(2) In time of real or apprehended war, invasion or insurrection, a House of Commons may be continued by Parliament and a legislative assembly may be continued by the legislature beyond five years if such continuation is not opposed by the votes of more than one-third of the members of the House of Commons or the legislative assembly, as the case may be.
[...]
Mobility Rights
(1) Every citizen of Canada has the right to enter, remain in and leave Canada.
(2) Every citizen of Canada and every person who has the status of a permanent resident of Canada has the right
(a) to move to and take up residence in any province; and
(b) to pursue the gaining of a livelihood in any province.
(3) The rights specified in subsection (2) are subject to
(a) any laws or practices of general application in force in a province other than those that discriminate among persons primarily on the basis of province of present or previous residence; and
(b) any laws providing for reasonable residency requirements as a qualification for the receipt of publicly provided social services.
(4) Subsections (2) and (3) do not preclude any law, program or activity that has as its object the amelioration in a province of conditions of individuals in that province who are socially or economically disadvantaged if the rate of employment in that province is below the rate of employment in Canada.
Legal Rights
7. Everyone has the right to life, liberty and security of the person and the right not to be deprived thereof except in accordance with the principles of fundamental justice.
8. Everyone has the right to be secure against unreasonable search or seizure.
9. Everyone has the right not to be arbitrarily detained or imprisoned.
10. Everyone has the right on arrest or detention
(a) to be informed promptly of the reasons therefor;
(b) to retain and instruct counsel without delay and to be informed of that right; and
(c) to have the validity of the detention determined by way of habeas corpus and to be released if the detention is not lawful.
11. Any person charged with an offence has the right
(a) to be informed without unreasonable delay of the specific offence;
(b) to be tried within a reasonable time;
(c) not to be compelled to be a witness in proceedings against that person in respect of the offence;
(d) to be presumed innocent until proven guilty according to law in a fair and public hearing by an independent and impartial tribunal;
(e) not to be denied reasonable bail without just cause;
(f) except in the case of an offence under military law tried before a military tribunal, to the benefit of trial by jury where the maximum punishment for the offence is imprisonment for five years or a more severe punishment;
(g) not to be found guilty on account of any act or omission unless, at the time of the act or omission, it constituted an offence under Canadian or international law or was criminal according to the general principles of law recognized by the community of nations;
(h) if finally acquitted of the offence, not to be tried for it again and, if finally found guilty and punished for the offence, not to be tried or punished for it again; and
(i) if found guilty of the offence and if the punishment for the offence has been varied between the time of commission and the time of sentencing, to the benefit of the lesser punishment.
12. Everyone has the right not to be subjected to any cruel and unusual treatment or punishment.

UNITED STATES BILL OF RIGHTS
The Preamble to The Bill of Rights
THE Conventions of a number of the States, having at the time of their adopting the Constitution, expressed a desire, in order to prevent misconstruction or abuse of its powers, that further declaratory and restrictive clauses should be added: And as extending the ground of public confidence in the Government, will best ensure the beneficent ends of its institution.
RESOLVED by the Senate and House of Representatives of the United States of America, in Congress assembled, two thirds of both Houses concurring, that the following Articles be proposed to the Legislatures of the several States, as amendments to the Constitution of the United States, all, or any of which Articles, when ratified by three fourths of the said Legislatures, to be valid to all intents and purposes, as part of the said Constitution; viz.